The PLS path modeling method was developed by Wold (1992) and the PLS algorithm is essentially a sequence of regressions in terms of weight vectors (Henseler et al., 2009). The weight vectors obtained at convergence satisfy fixed point equations (see Dijkstra, 2010, for a general analysis of such equations and ensuing convergence issues). The basic PLS algorithm, as suggested by Lohmöller (1989) and as implemented in SmartPLS, includes the following three stages:

Stage 1: Iterative estimation of latent variable scores consists of a 4-steps iterative procedure, which is repeated until convergence has been obtained (or the maximum number of iterations has been reached): 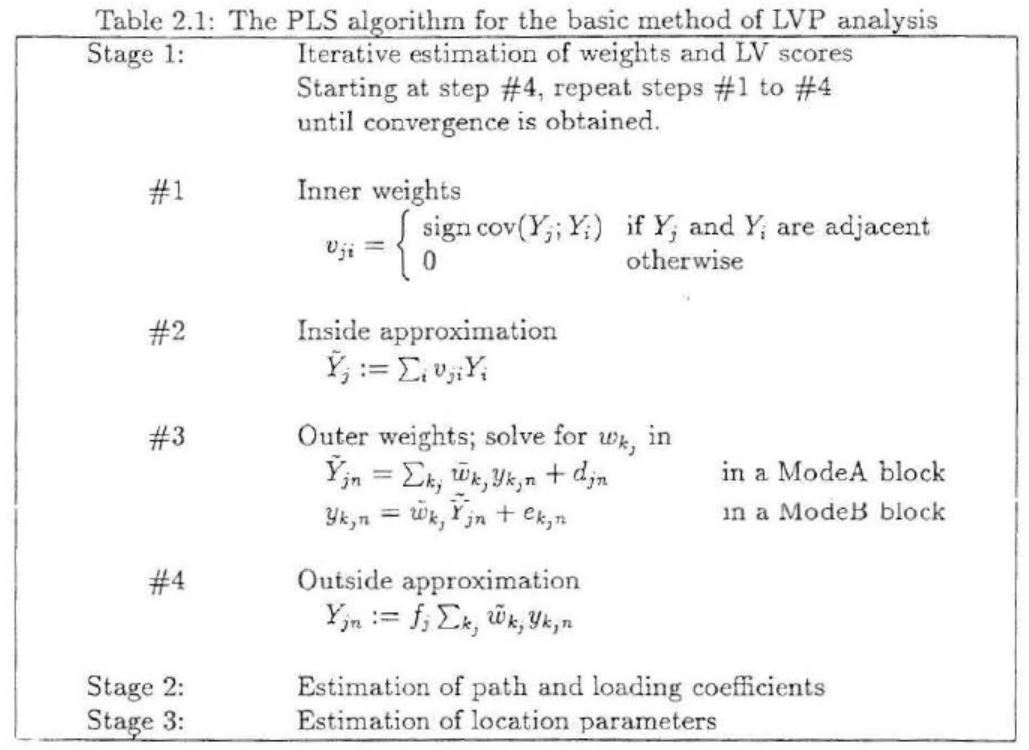 Hair et al. (2022), Henseler et al. (2012), and Lohmöller (1989) provide detailed explanations on how the basic PLS-SEM algorithm operates as it is implemented in SmartPLS.

While the results differ little for the alternative weighting schemes, path weighting is the recommended approach. This weighting scheme provides the highest R² value for endogenous latent variables and is generally applicable for all kinds of PLS path model specifications and estimations. Moreover, when the path model includes higher-order constructs (often called second-order models), researchers should usually not use the centroid weighting scheme.

The PLS algorithm stops when the change in the outer weights between two consecutive iterations is smaller than this stop criterion value (or the maximum number of iterations is reached). This value should be sufficiently small (e.g., 10^-5^ or 10^-7^).

As the default (i.e., the SmartPLS settings), the initial outer weights are set to +1. However, the following alternatives are available: