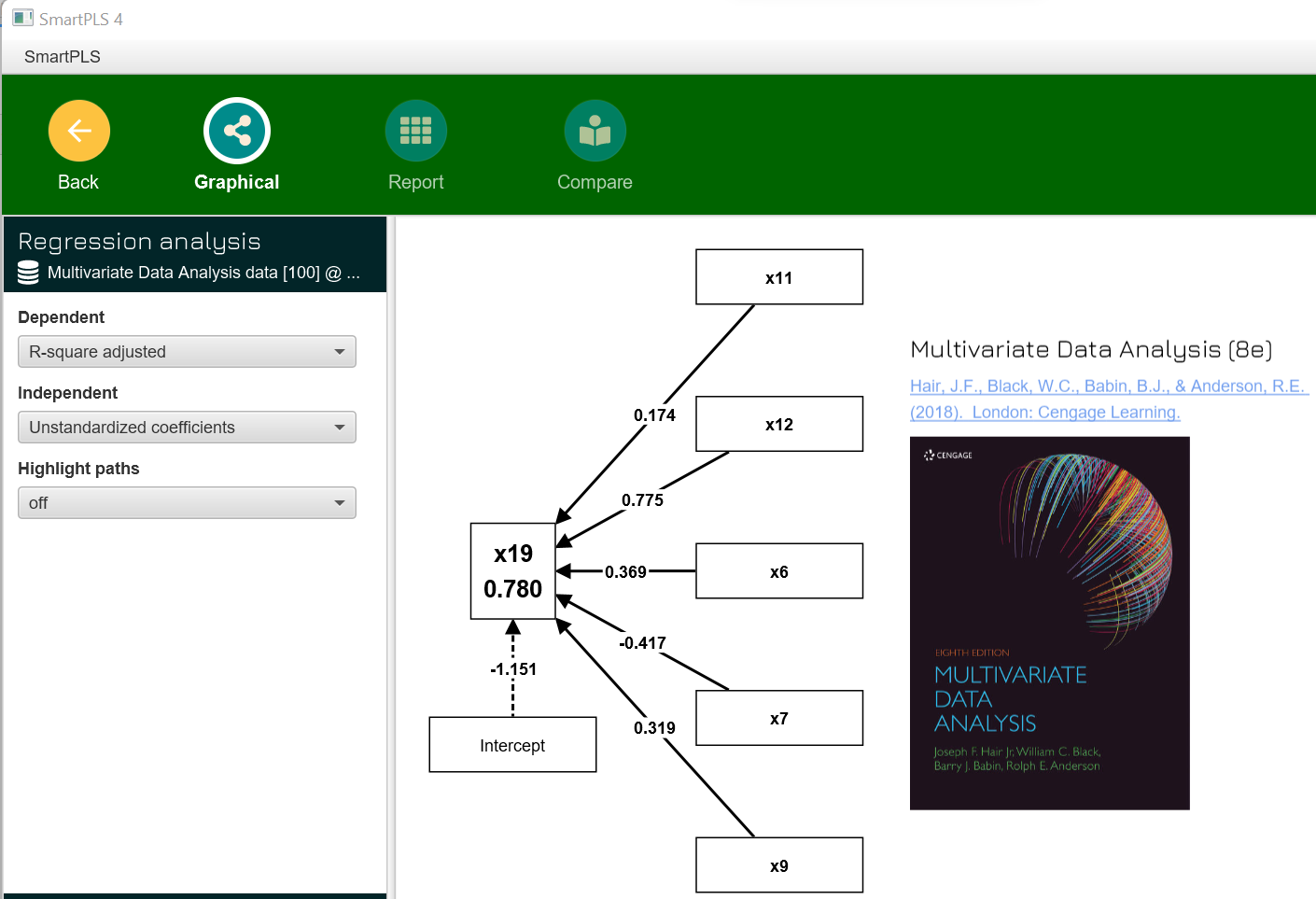 The SmartPLS results report for the regression analysis provides all the results to perform a systematic model evaluation according to generally accepted criteria. The following figure provides a results report example. 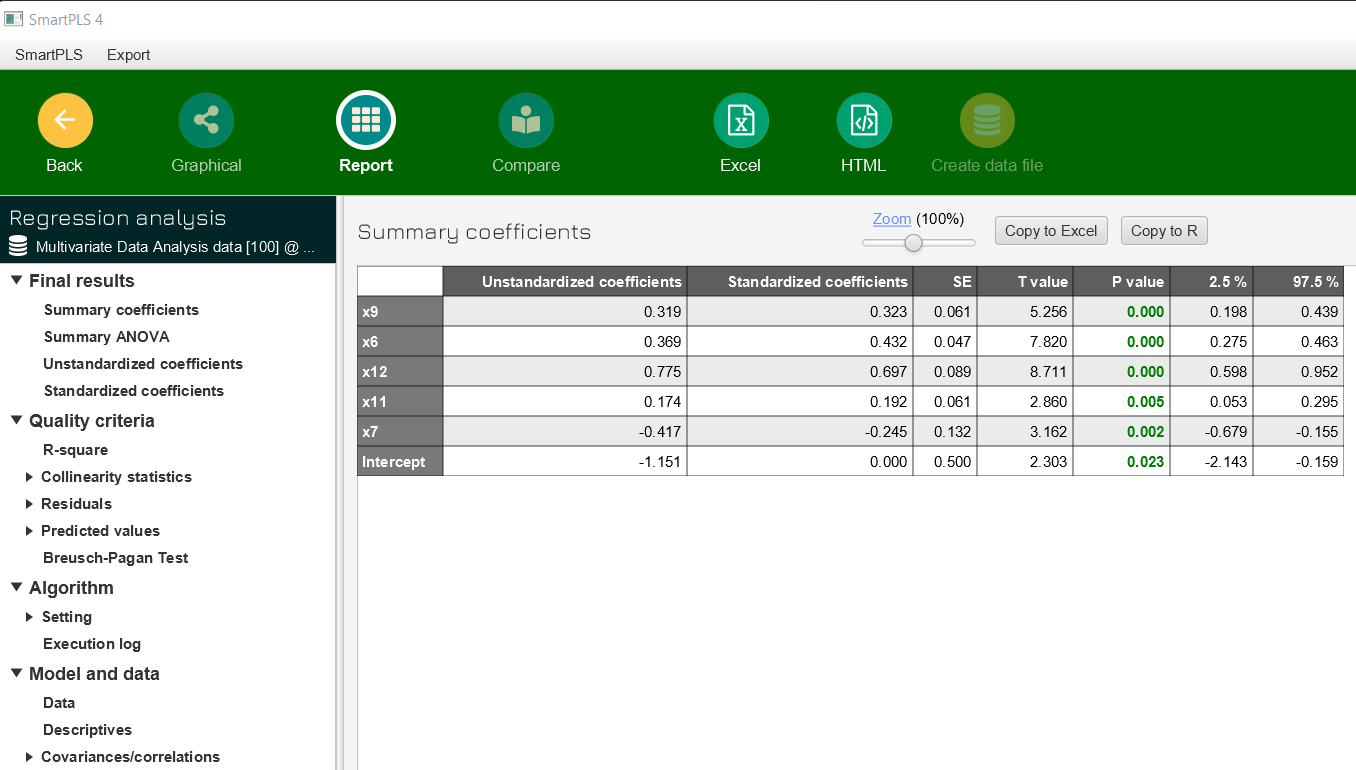 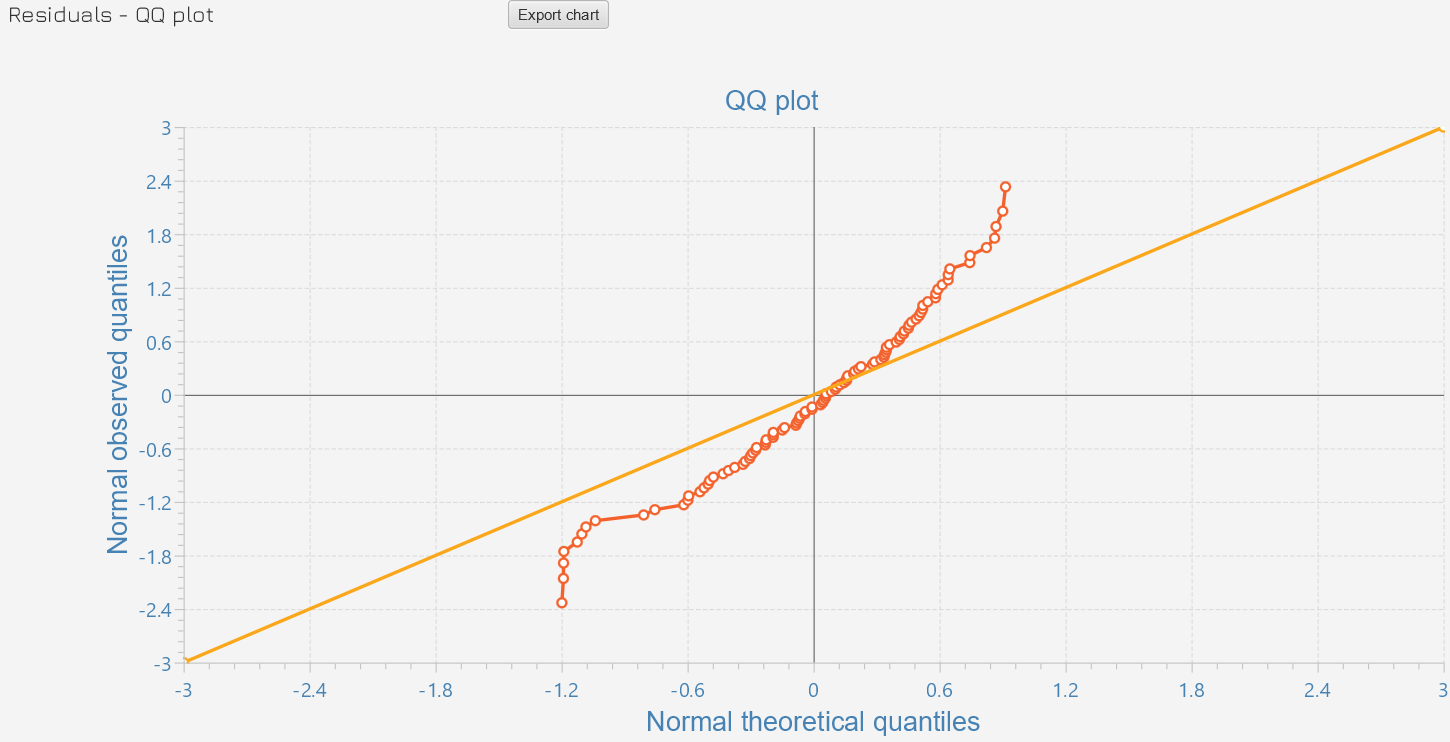 Specifies if a one-sided or two-sided significance test is conducted.

Specifies the significance level of the test statistic.